Review Appears In Over 100 Newspapers Around The World

M.C. Records is proud to announce that “Six String Stories” by The Queen of Blues/Rock guitar, Joanna Connor has been reviewed by the Pablo Gorondi of the Associated Press.  The recording was released worldwide on August 29th . The right on review has been syndicated to over 100 outlets including “The Washington Post,” “Newsday” and “The China Press” to name a few.

Six String Stories is her first studio album in 14 years, but thousands of gigs in the interim have only enriched Chicago-based Joanna Connor’s fierce guitar skills and expressive, bluesy vocals. Associated Press 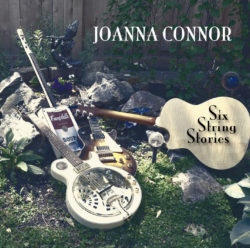