Mark Carpentieri is the man behind M.C. Records, which he started in 1991. Previously a radio presenter on a weekly blues program in New York, Mark started the label to record his own band, Somethin’ Blue, in which he was a drummer. After signing Mississippi bluesman Big Jack Johnson in 1996, M.C. Records has gone from strength to strength, distributing all over the world and being recognized for the quality of its recordings. Punching far above its weight, the label has made a big contribution to the blues scene, and has been nominated for six Grammy Awards, and has won or been nominated for over 30 Blues Music Awards. In 2006, M.C. Records received The Blues Foundation Blues Label of the Year Award. The interview continues here: 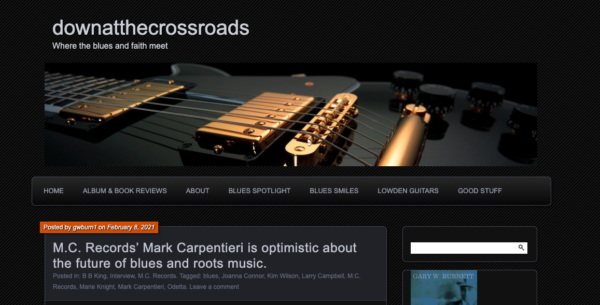