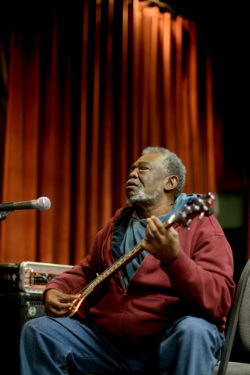 On Thur. February 8, Sherman Holmes will be interviewed and perform songs from The Richmond Sessions on the syndicated radio program World Cafe. The show can be heard on over 200 stations nationwide. You can tune into your local affiliate station at the scheduled World Cafe broadcast time, check local listings. To listen live online, you can hear the WXPN Philadelphia stream at 2pm ET at XPN.org by choosing WXPN from the ‘Listen Live’ drop-down at the top of the page. The Sherman Holmes’ segment will be archived for on-demand streaming at WorldCafe.NPR.org at approximately 5pm ET on the day of broadcast.

The Richmond Sessions is becoming one of the most celebrated Americana releases of the year. Check out some of these reviews.

“The Richmond Sessions” is Sherman’s Southern-style, stirring Irish wake for departed brother Wendell and bandmate Popsy. Think of them fondly as you clap your hands and stomp your feet. AP

“The Richmond Sessions” leads to the same satisfaction the Brothers brought forth on every outing. Thanks for sharing, Sherman. No Depression

Fans of the Holmes Brothers will relish in this fine recording. Clarion Ledger

The project is flawlessly rendered, The spirit of the Holmes Brothers lives on! – Elmore Magazine

A one of a kind record that’s just going to blow your mind, killer stuff throughout! – Midwest Record

Sherman Holmes’ voice contains a lifetime of soul.  We are so lucky we still have him with us! – Joan Osborne 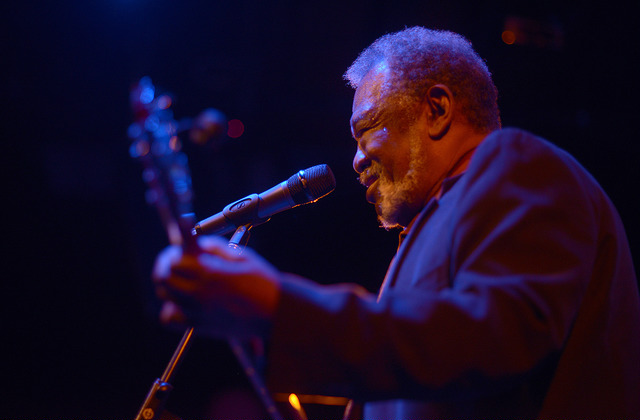 Sherman Holmes’ solo debut The Richmond Sessions can’t help being a milestone: It’s the esteemed singer and bassist’s first recording since the passing of his brother and musical partners, Wendell Holmes and Popsy Dixon, both in 2015. But his solo debut, dedicated to the memories of Wendell and Popsy, is no somber affair. The blend of bluegrass, gritty rock & roll and joyful gospel will be familiar from Holmes Brothers days. And with some of his strongest vocals on record, the album shows Sherman is still an artist in his prime. Long time friend, Joan Osborne, duets with Holmes on the Dan Penn classic, “Dark End of the Street.” Other songs include The Band’s “Don’t Do It,” Credence’s “Green River” and Ben Harper’s “Homeless Child.”