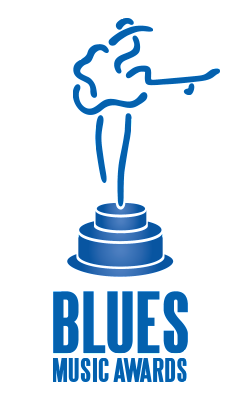 The award ceremony will take place in Memphis on Thursday May 5 2016!

Since the release of Kokomo Kidd on September 18, Guy Davis has appeared on Mountain Stage, eTown, Beale Street Caravan, Sirius/XM’s The Village and Kick Out The Jams with Dave Marsh. Below Guy Davis performs “Kokomo Kidd” on eTown.

We were very thrilled to have Guy Davis with Alexander Heffner and his PBS program “The Open Mind.” Guy talked about his just released recording “Kokomo Kidd,” his famous parents Ruby Dee and Ossie Davis and of course the blues! You can now view the show anytime. Enjoy!

Kokomo Kidd, Guy’s mostly original recording was released on September 18 in North America with special guests Charlie Musselwhite and Ben Jaffe of Preservation Hall Jazz Band. M.C. Records has put the entire recording to listen to and you can also find more info about Kokomo Kidd. Click on the cover to check it out.

The reviews for Kokomo Kidd have been some of
the best in Guy’s long career! Here’s a sampling:

Storyteller Guy Davis has a stellar discography that is unrivaled in the post 1990 blues world.” ~ DownBeat

Ossie and Ruby’s Seeger-schooled kid sounds freshest on new originals, a feat for any 63-year-old (“Kokomo Kidd,” “Wish I Hadn’t Stayed Away So Long”) ~ Robert Christgau

a spirited, heartfelt ride through the backroads of rural blues” ~ Elmore Magazine

Davis hits all the high marks on Kokomo Kidd, releasing his best album to date” ~ No Depression

Davis’ special genius lies in his ability to interpret classic old songs and yet deliver them in a modern, and very individual manner, full of warmth and soul.” ~ The Patriot Ledger

Multi-talented entertainer Guy Davis proves once again why he’s in the forefront of the songster blues tradition with this seemingly effortless, but technically complex album”  ~ Blues Blast Magazine

The originals on his latest album feel fresh and universal, not like dusty artifacts needing translation.” ~ Offbeat Magazine

Guy Davis’ work as an actor, author, and lately teacher earmark him as a renaissance man of the blues. What music and acting have in common, he explains, “is that I don’t like people to see the hard work and the sweat that goes into what I do. I want them to hear me and be uplifted. And I want some little eight-year-old kid in the front row to have big eyes and say, ‘Hey, I want to do that!’.”