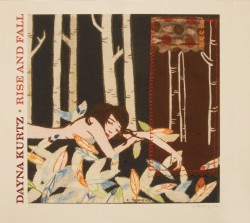 The Best of the Beat Awards are presented by the OffBeat Music and Cultural Arts Foundation. The Foundation was developed to create opportunities that support Louisiana artists in leading sustainable creative lives. 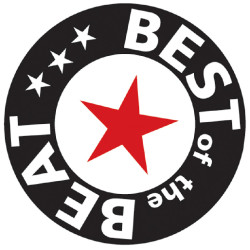 You can vote now through January 5. Winners will be announced at the Best of the Beat Party, which returns to Generations Hall on Thursday, January 21. More information about the other nominees, how you can vote and and the event itself are just a click away:

M.C. Records released Rise and Fall by genre outlaw Dayna Kurtz on March 31, her first set of originals in four years. This marked the 2nd recording that Dayna and M.C. Records have released together. In 2013 M.C. Records issued her R&B recording, Secret Canon Vol. 2 to critical acclaim.

One of the nominations Dayna is up for is video of the year.

Dayna Kurtz has had an amzing year! She performed on the syndicated radio shows eTown and Mountain Stage. She was a part of the Vin Scelsa Tribute over the Summer and has toured successfully here and in Europe. Scroll down for more of her tour dates.

Rise And Fall has received some incredible reviews!

a soulful exorcism of longing ~ James Reed of the Boston Globe

She’s a singer/songwriter with the forthrightness of a farm girl and the wiles of a New York cabaret veteran, a superb vocalist and a deft painter of emotions with simple, effective strokes. ~ John Swenson, Offbeat Magazine

Throughout the album, Kurtz sings with a soul singer’s warmth that tempers the negotiated nature of desire that she examines on the album ~ Alex Rawls of My Spilt Milk

Rich as the darkest Godiva chocolate, the voice gets into your bones until you can barely sleep at night and can’t get through the day without it ~ Paste