August 4th, 2022, Northport NY – M.C. Records is proud to announce the release of the first recording by Mike Morgan and The Crawl in 15 years, The Lights Went Out In Dallas. The street date is September 23. The Texas guitarist and songwriter got some help on the recording from guitarists Anson Funderburgh and Shawn Pittman. The record features 13 songs, 10 of which are original compositions. You’ll hear some great blues and some right on Americana; totally Texas! The album is already out in Europe via Continental Record Service. M.C. Records will be handling the release in North America, Japan, and Australia. 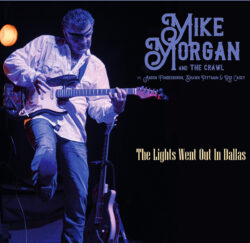 The Lights Went Out In Dallas is what Mike Morgan has been about for over 30 years, delivering deep Texas Blues with a touch of soul, R&B, and Americana. His guitar playing is as fiery as ever and makes you take notice. Guitar World Magazine called Morgan “a genuine blues guitar hero!!” Mike Morgan’s first release came out in 1990 and he has recorded eight albums for Black Top Records and Severn Records. This marks the first release for M.C. Records and his 10th overall.

Earlier this year Mike and The Crawl did a four-week tour of Europe with stops in Denmark, Belgium, Holland, Germany, Sweden, and Luxembourg. Look for Mike Morgan and The Crawl to be performing more in the Fall and beyond in the U.S.

I’m very excited about my 1st release in 15 years. I was able to write a couple of songs that are a little off the beaten path compared to some of my previous releases. I was able to bring in some of my favorite musicians to help add a little extra spice to this gumbo of tunes. The Crawl rhythm section of Kevin Schermerhorn on Drums and Drew Allain on Bass is a force to be reckoned with. 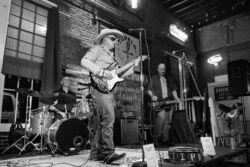