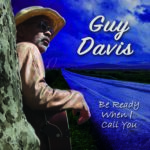 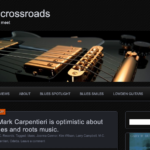 Mark Carpentieri is the man behind M.C. Records, which he started in 1991. Previously a radio presenter on a weekly blues program in New York, Mark started the label to record his own band, Somethin’ Blue, in which he was a drummer. After signing Mississippi bluesman Big Jack Johnson in 1996, M.C. Records has gone […] END_OF_DOCUMENT_TOKEN_TO_BE_REPLACED 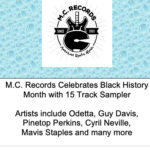 Northport NY – M.C. Records has curated a special 15 song playlist/download For Black History Month from its current releases. President of the label Mark Carpentieri said: We are celebrating our 30th anniversary this year and we wanted to share a special playlist for Black History Month. We are humbled and honored to work with […] END_OF_DOCUMENT_TOKEN_TO_BE_REPLACED 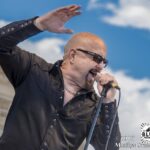 January 13, 2021 – Northport NY – It’s an auspicious start to 2021 for Kim Wilson. This week, his recently released Take Me Back is the number 1 Classic Blues Album according to Roots Music Report! It’s also the number 2 Blues Album. This week, Take Me Back has received the most spins from more […] END_OF_DOCUMENT_TOKEN_TO_BE_REPLACED